This has been another week of bad news and bad data on climate change.

The Barrow Atmospheric Baseline Observatory in Alaska has been observing a “troublesome spike in atmospheric methane readings” this year, detecting “record high readings over 2,000 ppb”.  Methane is 30 times more potent than Carbon Dioxide for trapping heat, and while the source of this methane spike has yet to be identified, it’s possible that one source could be the permafrost that is now melting 70 years earlier than scientists predicted only a few years ago.  An enormous amount of methane is trapped in Permafrost so if the Permafrost in our northern latitudes rapidly thaws, as it seems to be doing now, the result for global warming could be yet another disastrous self-reinforcing feedback loop that we cannot reverse. 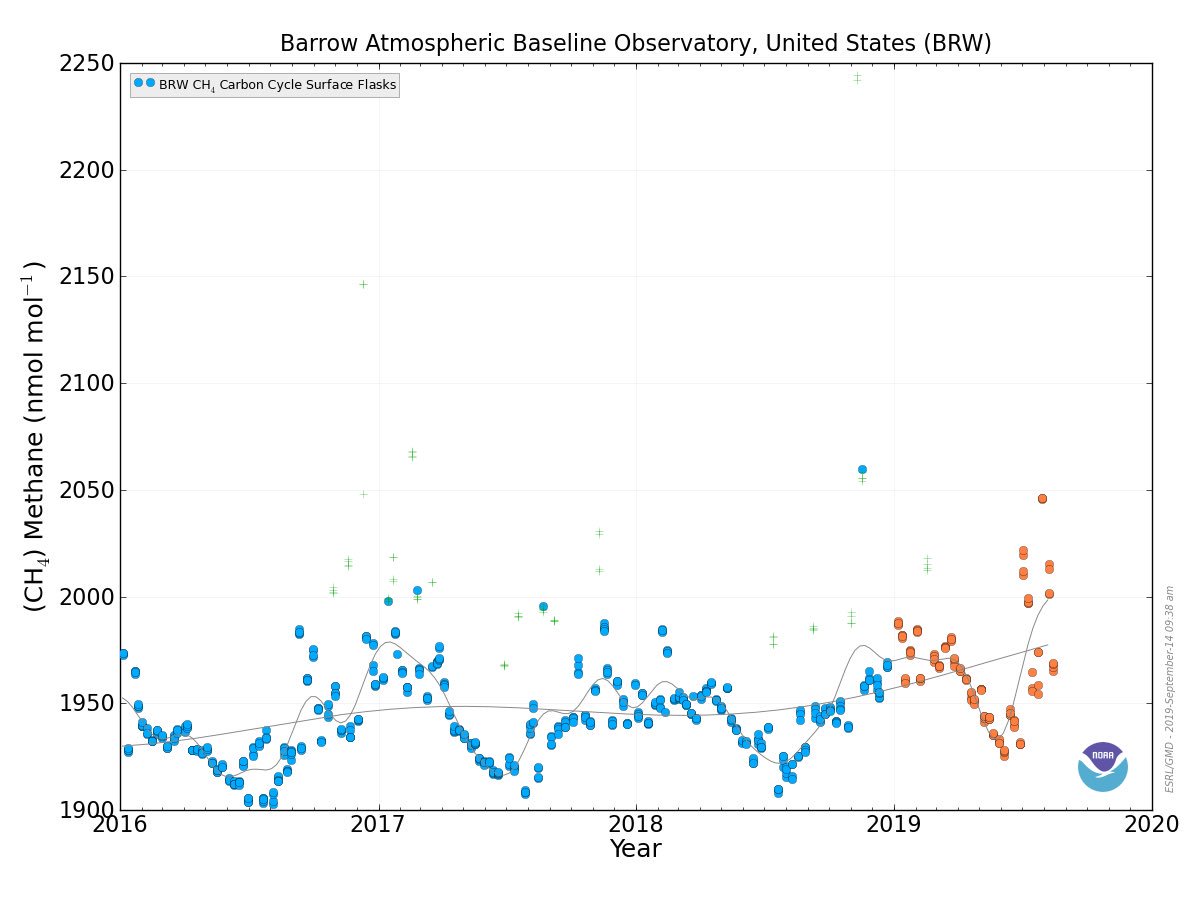 It was also reported by CNN (among others) that a massive die-off of spawning salmon in Alaska was caused by unusually high water temperatures in streams.  The shocking and deadly 2019 stream temperature levels were predicted by climate-change scientists to occur in the year 2069, so they came 40 years earlier than predicted.

The Washington Post published an impressive interactive article titled “Dangerous new hot zones are spreading around the world” about how temperatures in certain hot zones, many of which are in the northernmost latitudes, have increased substantially in recent years causing tremendous environmental and cultural damage in a short period of time:

Scientists say they are struggling to keep up with the impacts of a warming world, whether measuring changes in the Arctic or disappearing kelp forests in the southern Pacific.

Here’s a link to the article:

Next Friday, September 20th, three days before the Climate Summit in NYC, a global Climate Strike is being organized by students including international climate activist Greta Thunberg.  A giant protest is planned for New York City and several local events will also be taking place.  Here are a few:

You can find more detail here:

The silver lining to all of this horrifying climate news is that public opinion is shifting.  A poll by Washington Post/Kaiser Family Foundation found that 38% of people now say climate change is a crisis, up from 25% only five years ago.  And 79% of people now acknowledge that humans are causing climate change, including 60% of Republicans.  For young voters, climate change is the Number One issue because they have the most to lose and because they’re the least indoctrinated into denial.

To have any chance of mitigating climate change, our first priority is to fire Trump.  Keep resisting and keep working to “vote his ass out of office.”