Donald Trump feels the Mueller investigation closing in.  His Twitter tantrum over the weekend is a clear indication that he is terrified of what is being uncovered.  He’s so terrified, in fact, that he seems willing to throw his son and namesake, Don Jr., under the bus to save his own skin.  Trump tweeted that the purpose of the Trump Tower meeting was to get dirt on Hillary, not just to talk about adoptions.  This admission exposes his prior comments as lies meant to hide the truth.  And it might expose his son to legal consequences, especially concerning Don Jr.’s testimony to Congress.

Here’s a great summary of the Russia timeline and Trump’s weekend tweets from Chris Cillizza at CNN:

The embedded video is also worth watching.

Trump is getting blasted on all sides.  The Manafort trial is exposing what a sleazy and corrupt opportunist Manafort was, and how scandalous it was that Trump allowed Manafort anywhere near the campaign, much less as it’s chairman.  The spy saga featuring Maria Butina continues to expose cozy relationships between powerful Republicans, the Trump Team, and the Kremlin.  The courts continue to hand Trump defeats on child separation and DACA.  And the story emerging about the true nature of the Trump Tower meeting paints a sordid tale of lies and obfuscation leading straight to the oval office, a tale that might also include campaign finance violations, lying to Congress, and conspiracy.

Expect Trump to hold more of his grotesque Nuremberg rallies to assuage his ego and momentarily reduce his anxiety.  There’s nothing more comforting for an egomaniac under pressure than an adoring crowd.  And expect Trump to lash out more wildly and call the Press an enemy of the people while bashing our law enforcement and justice departments.  He will no doubt serenade his cult with fearmongering tales of Mexican rapists and MS-13 gang murders in order to perpetuate a state of mortal terror, but fearmongering can only last so long before it burns itself out for lack of reality.

That this meltdown is happening as we approach the midterms means Antonio Delgado won’t have to mention Trump at all.  The press and groups like Indivisible will do the work of bashing Trump and his corrupt administration for Delgado, leaving him to focus on the issues that matter most to NY-19 residents, like healthcare and retirement security.  Meanwhile, if you’ve yet to get involved in building the Blue Wave, there’s a phone banking event tonight in Rhinebeck hosted by Hudson Valley Strong that will be a great place to start.  It’s happening from 5:30 to 8pm at the Starr Library, 68 W. Market Street.  Let’s keep working to elect Delgado and Fire Feckless Faso… 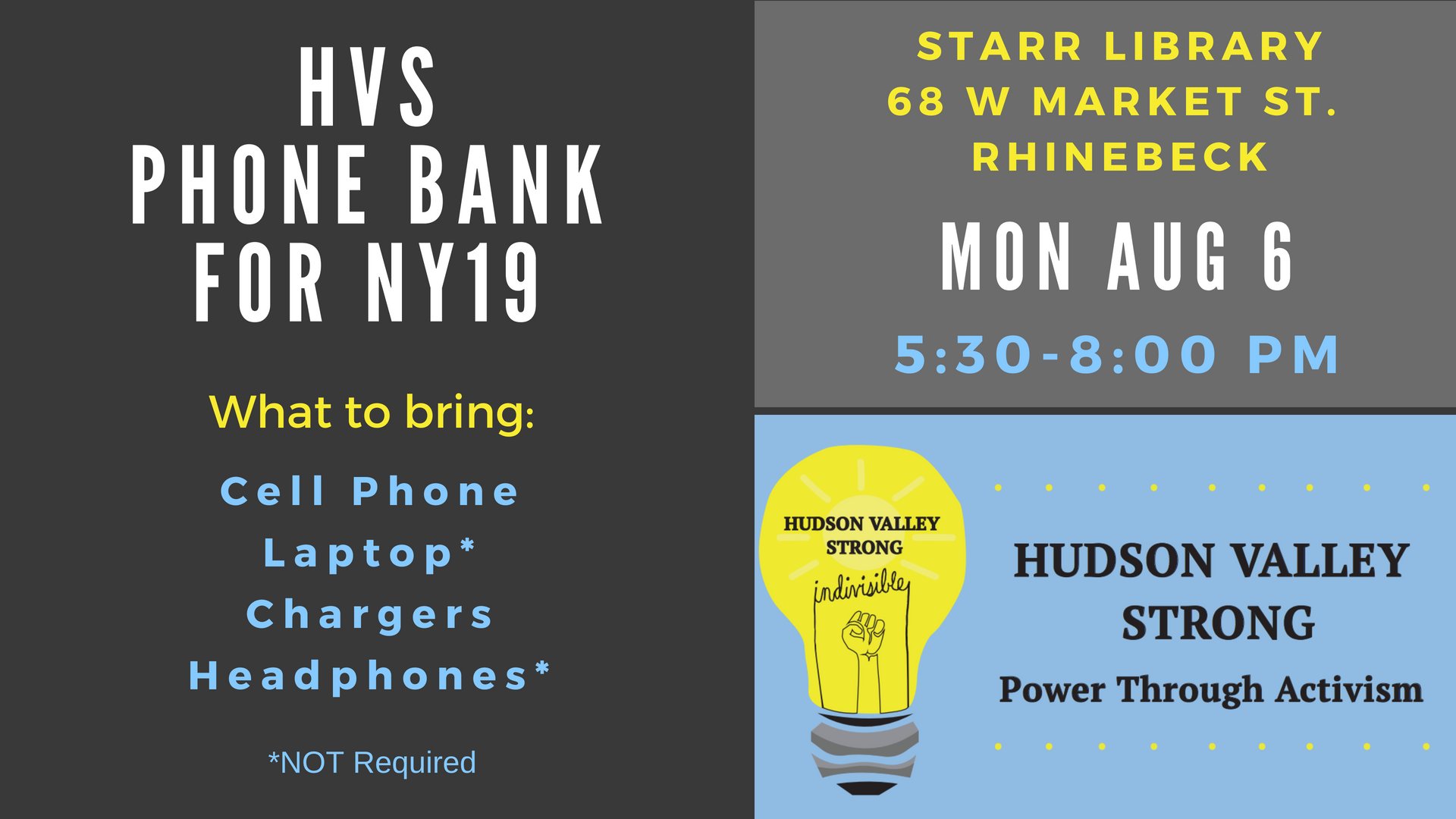