Yesterday’s horrible mass-casualty shooting in Texas was yet another tragic example of our nation’s malevolent relationship with guns.  And the incident was followed by all-too-familiar calls for thoughts and prayers, followed by outrageous and defensive statements from the NRA and its supporters.

The aftermath of these tragedies is getting to be as predictable as it is heartbreaking. But it is also a reminder that we must keep fighting for common sense gun control and rejecting the hatred and extremism of the radical NRA crowd.

Just last week we learned new details from the release of a Senate Judiciary Report about the links between the NRA and Russia, but because powerful lobby groups like the NRA fought and won legislation to keep their donors secret, we may never know if Russian money had a material impact on the NRA budget or its ability to give to political campaigns.  The NRA already grudgingly admitted last year that several Russians had given small sums to them, but they were characterized as membership dues.  The recent shocking revelations are detailed in this article in the Washington Post:

(The Russia connection with the NRA is bad enough, but the NRA also just elected Oliver North as their new president, a man who betrayed his country by selling arms to terrorists to raise money for a secret war in Nicaragua.  So North and the NRA both now have betrayal of the United States in common.)

Polling data consistently shows that gun reforms are popular among voters, and are even popular among gun owners.  Journalists often describe NY19 as a “gun friendly” district, but they never cite statistics to back that claim up or contrast our area with other rural districts around the nation. What does that phrase even mean? Gun fanatics are a vocal and high-profile crowd, but polling data suggests that they are a small minority.  Politicians give them out-sized significance and status, perhaps from fear of being shot, or perhaps out of a desire to get their fingers on the millions of dollars that the NRA has to spend–or both.  Where does the NRA get all their cash?  Some of it comes from membership (though they only have roughly 3.7million members, or one out of every one hundred citizens), but some of it comes from the gun makers, who are the NRA’s real employers.  The NRA hides behind the 2nd Amendment to attack its critics but the hard truth is they only care about gun profits and the power that comes with lobbying money.

Rep John Faso gets an A+ rating from the NRA because he is entirely against common sense gun laws.  He peddles the bold-faced lie that people who support gun control “want to take all your guns away”, which has become the mythic mantra of the radical gun cult.  This lie is classic fear mongering, meant to alarm gun owners about a threat that doesn’t really exist.  And hyperbolic threats like this have kept the NRA crowd energized ever since Obama was elected, which has given them the appearance of a group far larger than they actually are.  And their passion on this single issue has eclipsed the passion of their opposition, until now.

The Parkland shooting seems to have galvanized a new level opposition to the radical NRA that is still going strong, sadly bolstered by every new mass shooting.  Common sense gun control should be a winning political issue as long as Democrats turn out to vote.  So let’s do everything we can to register new voters and work to get out the vote on election day.  Firing Faso will get us one step closer to common sense gun regulation as well as a host of other important priorities.  Keep resisting… 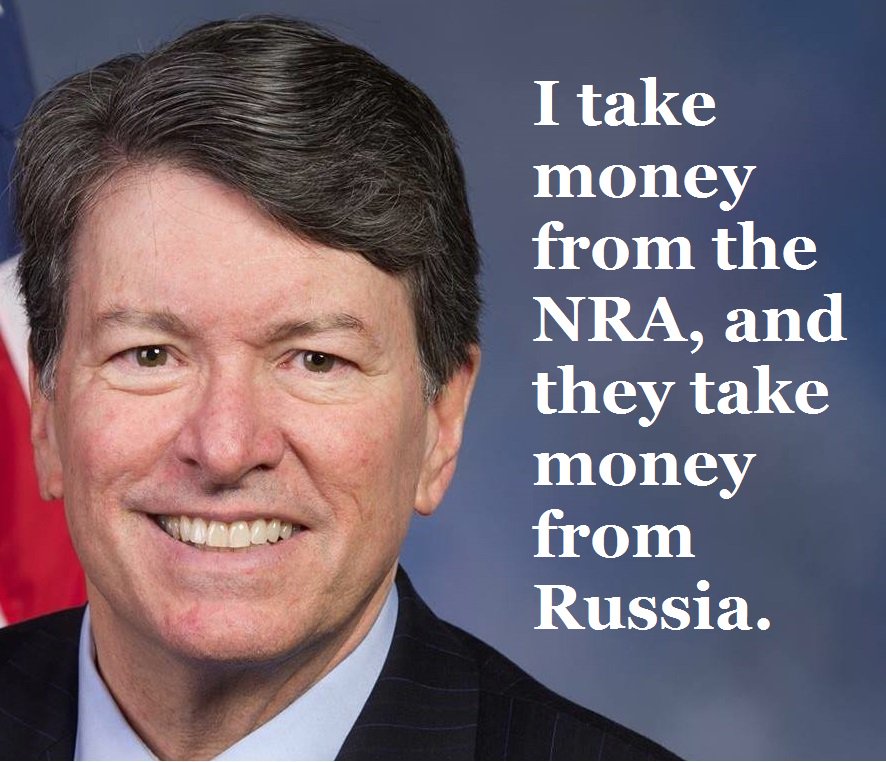